More than one and a half lakh people die in road accidents in India every year. With about 14,000 deaths due to road mishaps in the year 2019 (NCRB), Maharashtra ranks second in the country. Rapidly growing infrastructure, along with the wildly growing road transportation, is posing serious threats to human lives. Since decades we have been facing a lot of issues related to bad roads and traffic congestions, the most common causes for them being potholes, unkempt and poorly designed roads and substandard footpath conditions. These issues lead to accidents, many a times even fatalities and most affected by them are pedestrians, cyclists and two wheeler riders. Given these issues, to reduce the number of casualties in road accidents, the Central Government has amended the Motor Vehicles Act in August 2019 (MVA19).

In this article we give information of the MVA19 along with some examples of better road designs that are already implemented with road design guidelines and standards prescribed by the Indian Roads Congress (IRC), Central Government and State Government of India.

Salient points of MVA19:
1. The original Motor Vehicles Act considered the vehicle driver as the only accountable person in case of a road accident. The new amendment in the MVA19 now states that, along with the vehicle drivers, the makers of the road infrastructure are also accountable. According to MVA191, [1], contractors2, consultants and concessionnaire will be held accountable for faulty road design, construction and poor maintenance of safety standards as prescribed by Central Government. They will also be legally punishable with a fine of up to INR 1 lakh, in case of a road accident that results in death or disability.

2. A committee will be setup to conduct in-depth analysis of the cause of road accidents.
3. The fines collected will be deposited in a Motor Vehicle Accident Fund which will provide for an insurance cover for all road users. It will also be used for the treatment of the victims of road accidents, including a compensation to grievously hurt and the kin of the deceased in hit and run cases.

This is a milestone amendment because it will not only deter drivers from breaking traffic rules (due to increased penalties), but also make it illegal for contractors and the authorities who hire them to violate the IRC road design guidelines and standards.

Indian Roads Congress (IRC):
IRC is an apex body of highway engineers, setup by the Government of India, with an objective to regulate and improve road development work in the country. It works in close collaboration with MoRTH. It promotes best practices and provides recommendations about specifications regarding the design and construction of the roads in the country, through their published journals. It also provides standard specifications and guidelines on various aspects of road design engineering for highways and for urban and non-urban road types.

In the urban areas, a variety of road users, such as pedestrians and cyclists, are the most vulnerable groups with a very high share of road use. Initially, the IRC guidelines were largely motorist centric, but with time they have been updated, giving due considerations to these vulnerable user groups. The guidelines prescribed by the IRC, cover all types of road users in order to improve their safety on roads. These standard guidelines with technical specifications are given for motor carriage ways, footpaths, cycle tracks, flyovers, subways and bridges (including road signages and paintwork), surface finishes, dividers and medians, utilities and services, traffic calming measures, junction geometries and mid-block crossing4, cross sections for different road typologies5 and road safety systems, road construction material specification and techniques, provisions for road maintenance etc.

Generally, road development work in India is carried out based on the IRC guidelines and specifications. Nevertheless it has been observed that the implementation of the guidelines is with poor understanding and sometimes it even strays from the guidelines. This results in bad road conditions and poor usage of public space, that may in turn result in road crash fatalities.

Special Guidelines:
The IRC guidelines more specifically involve maintaining the engineering standards and are widely accepted for highways. They lack people centric designs, especially for roads in urban areas, where the issues related to the road users other than motorists (e.g. pedestrians, cyclists, public transport users) are high in number. Due to such complexity, using only the IRC guidelines in the urban areas becomes challenging. Hence, many other road design guidelines have been developed, based on the IRC and global guidelines (e.g. NACTO guidelines [2]), that are specially designed in depth for urban roads to improve the safety and provide a better environment to the urban road users.

The special design guidelines include context-based street cross sections for different road typologies in urban areas with the concept of equity on road space. They also include different street design element details such as street furniture and lighting, road signages and paintwork, surface finishes, tactile guidelines for differently abled people, refuge spaces and refuge islands, dividers and medians, utilities and services, junction geometries and midblock crossing, traffic calming measures. Also included are the safety elements such as bollards, property entrance details, curb ramps, curb extensions and many more. The MoRTH notification6 also has a provision to allow for changes in IRC standards, specifications, instructions, and guidelines based on the context and local conditions in the relevant contracts before implementation, with prior approvals.

Given below are two examples of such special street design guidelines implemented in last few years. 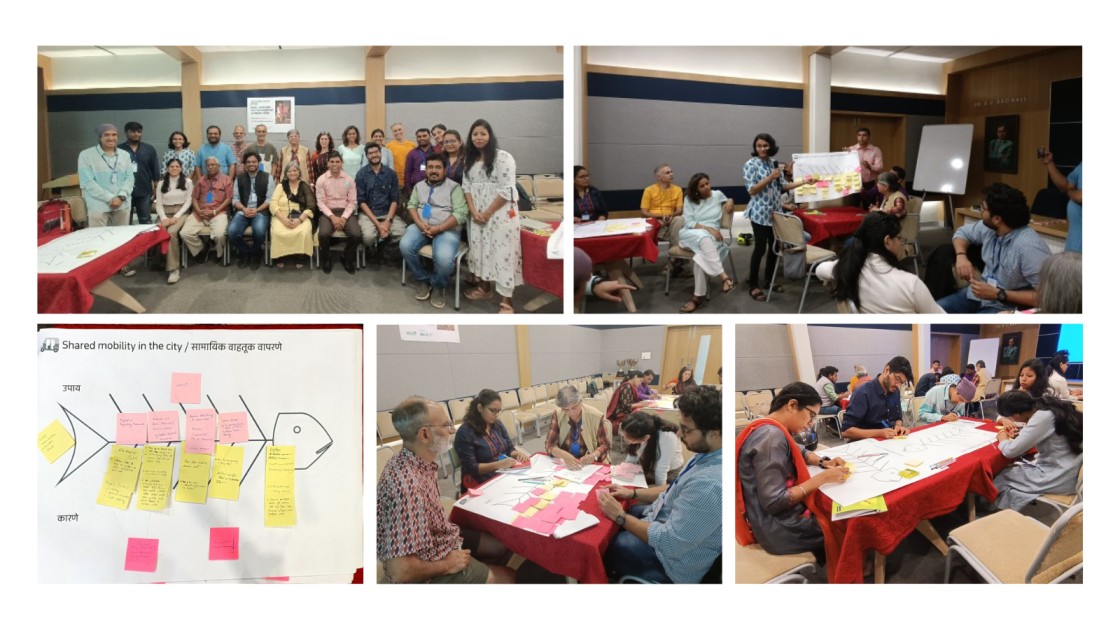 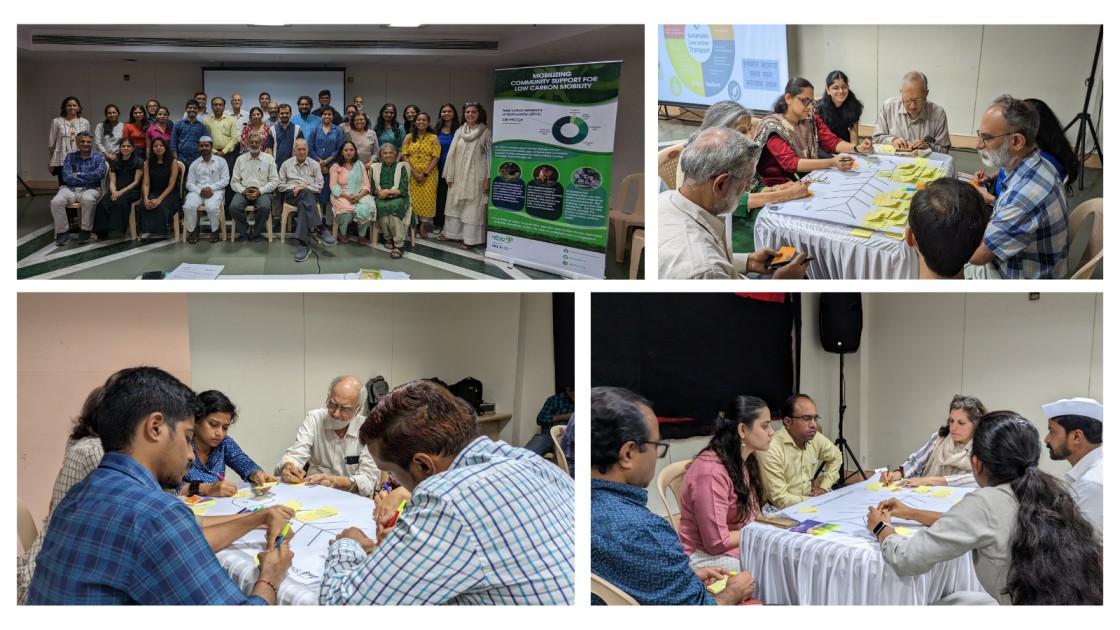 Both the examples are from Pune City and developed in 2017-2018. These designs have shown their potential and benefits on urban roads in enhancing road safety for the road users and creating a better environment for all. The Pune Municipal Corporation (PMC) authorities have also received awards on National [8] and International [9] forums for these designs.
To make this a reality for other urban roads, certain efforts are needed in training and capacity building7 of the concerned authorities at all levels.

For example, organizations, technical experts and designers from this field should get involved with the concessionnaire, in building their capacity. They are also needed to provide their advocacy in bringing out the desired change through periodic workshops, seminars, idea sharing, and reviewing proposals. IRC panel should proactively conduct such capacity building workshops and periodic road audits, to check its application of the prescribed guidelines, especially for urban roads. Also, awareness amongst people and elected representatives is important so that the purpose of the guidelines, their benefits for all sections of society can be understood and appreciated.

MVA19 - A Summary:
The MVA19 is an amendment to the act in 1988. According to this amendment and the MoRTH notification 2020, not only the vehicle drivers, but also the people involved in building the road infrastructure can be held responsible in case of a road mishap. This will make the drivers as well as the infrastructure creating authorities more careful in following the guidelines and wary of breaking and/or bending the rules. This in turn can reduce corruption and malpractices in the road infrastructure sector.

The focus of the system will be on making better and safer roads. This will not only help in improving the road network structure but also generate employment opportunities for transport designers such as transport engineers, urban designers, urban planners, architects, civil engineers etc.

A strict enforcement of the MVA19 can thus make the roads safer for all users including the most vulnerable ones, e.g. pedestrians, cyclists, two-wheeler riders.
The roads, whether rural, urban or highways, are our lifelines. We are connected by and get our everyday goods thanks to the road networks. The road network projects are of gigantic stature and of course the budgets are substantial. A lot of money, precious resources and of course time, go into building roads. In this light, the fines specified in this law (which are only up to INR 1 lakh), are much less. This poses a risk that the infrastructure authorities may not take the fines seriously and may continue to deviate from the MVA19 guidelines, leading to no significant changes in the current scenario.

An effort is needed from the State Government of Maharashtra in spreading the awareness about the MVA19 (e.g. publishing articles, conducting capacity-building workshops etc.). The new features of the MVA19 need to be conveyed to the road users so that they are accepted widely thus ensuring their rigorous implementation.

1 The newly inserted section after section 198 of the original Motor Vehicles Act.

2 The term “contractor” also includes sub-contractor and all such individuals such as traffic and road engineers, consultants, civic body, and designers involved at any stage in the design, construction and maintenance.

4 A crossing provision for pedestrian which lies in between two junctions, generally an opening in road dividers

7  Capacity building is “the process of developing and strengthening the skills, instincts, abilities, processes and resources that organizations and communities need to survive, adapt, and thrive in a fast-changing world.”