The Lungs Billboard titled 'My Right to Clean Air', was inaugurated by Mayor Murlidhar Mohol on JM Road on 27th Decemeber 2021. This was a joint initiative by Parisar and the Pune Municipal Corporation  to create awareness on the health impacts of breathing polluted air. The launch event was attended by the Additional Commissioner, PMC Shri Kunal Khemnar, Environment Officer PMC, Shri Mangesh Dighe, and the Parisar team. Dr. Swapnil Kulkarni, Consultant Pulmonologist and Director of Birth and Breath Clinic was also invited to speak about the impact of breathing polluted air on the human body. The giant pair of lungs are made up of a white filter medium. A pair of fans are fixed at the back of the billboard, which suck in the air to mimic the functioning of lungs while breathing. Over time, particulate matter from different sources starts getting trapped in the filters and the lungs change color - from chalk-white to brown to black. The billboard is also fitted with a digital air quality monitor that will record and display the real-time Air Quality Index (AQI).

While addressing the audience, the Mayor urged people to visit this billboard as it is a great initiative in creating awareness and kickstarting action for air quality improvement. For Pune to become a liveable city, air quality is a very important criteria.

Parisar also released a film on health impacts of air pollution during the inauguration programme. The billboard changed colour from white to grey in less than a month, and AQI was never within the good AQI range which is 0-50, even once during the entire span. The billboard had to be taken down in the wake of increasing covid infections.

Parisar made a conscious effort to invite as many groups as possible to the installation, finding unique and interesting ways to disseminate information depending on the audience through street plays, open discussions, collaborative activities and interactive games. A total of 22 groups visited the billboard and hundreds of people from different groups interacted with the Parisar team. Representatives from vulnerable groups like Sanjay Shanke from Janeev hawkers group and Nitin Pawar from Rickshaw Panchayat visited the Billboard and expressed concern over Pune's deteriorating air quality and the fact that their groups were more exposed to it. Waste pickers from Swach and sweepers from PMC also understood the issue better after visiting the billboard. An online session ‘The Air We Breathe - Impact of Air Pollution on Women and Children’ was conducted for the Pune based Facebook Group Pune Ladies, where Dr Sundeep Salvi, Director Pulmocare Research and Education Foundation elaborated on different aspects of air pollution including indoor pollution and development impacts on children. The group has more than 2 lakh women members from Pune. 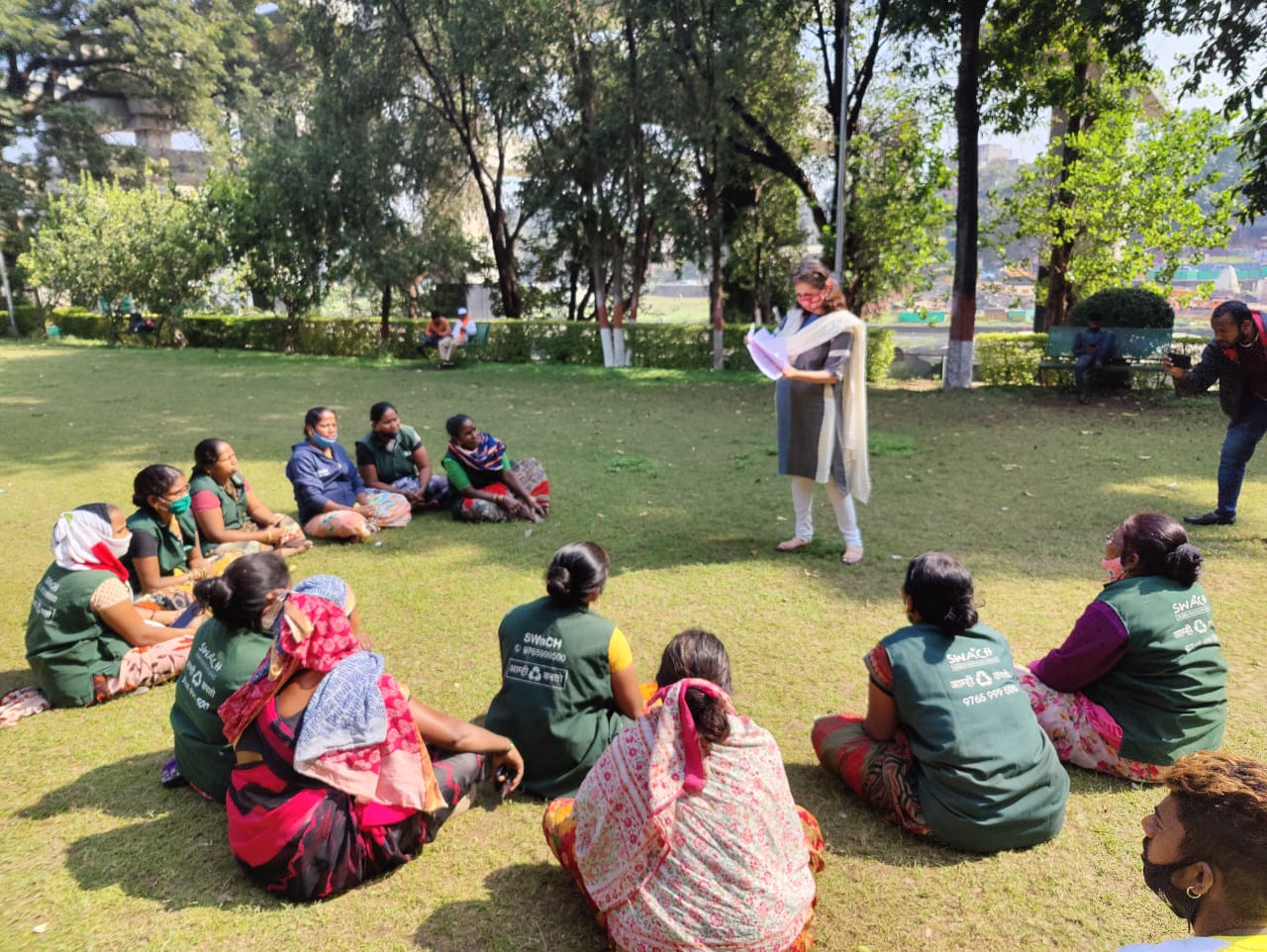 Corporator Madhuri Sahasrabuddhe while visiting the billboard with kids from her Bal Ranjan Kendra said that the issue of air pollution was of utmost importance to everyone if the future of our children is to be saved. She applauded this unique initiative and felt that more of such engagements are needed in Pune. 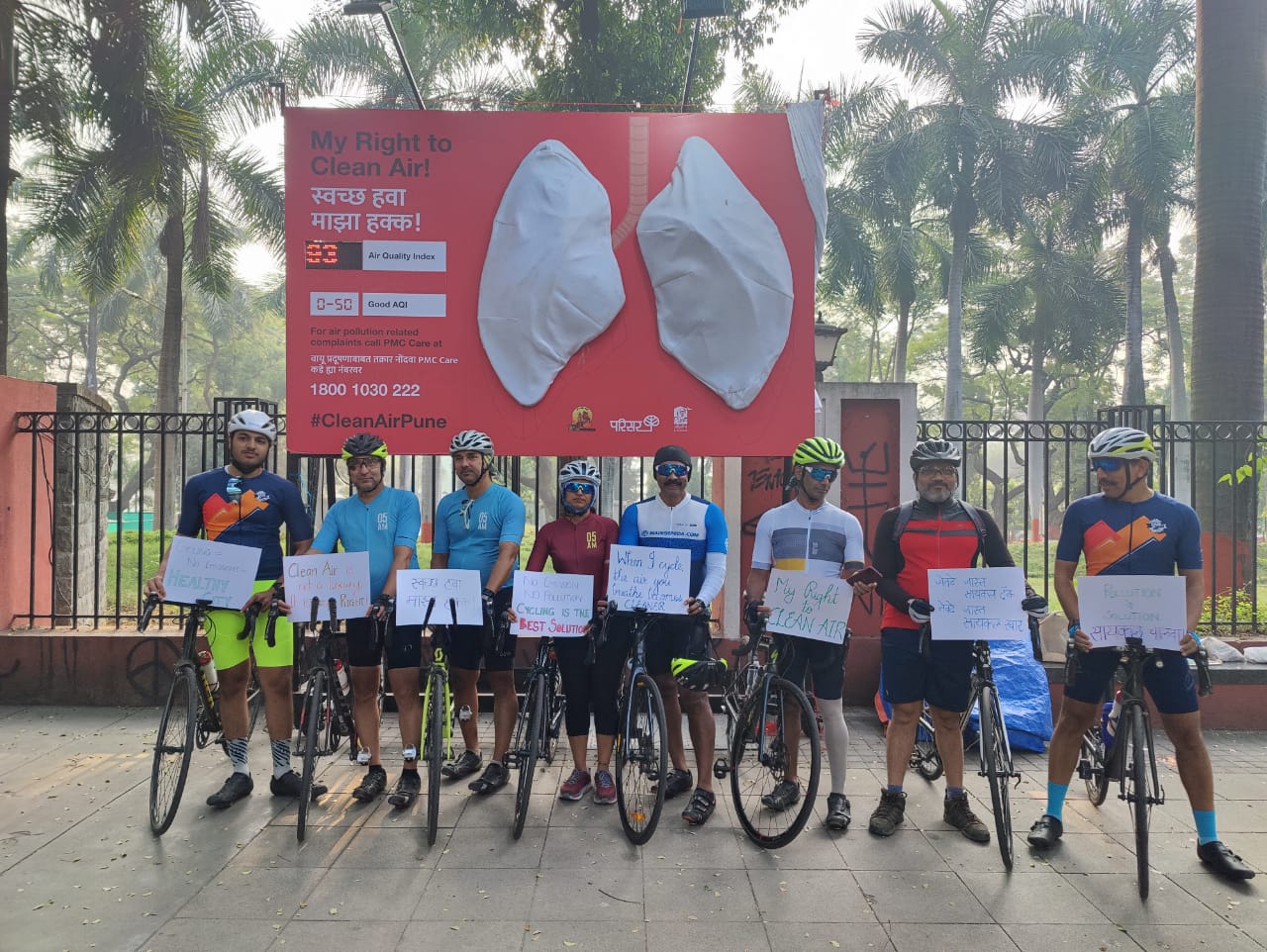 Various groups of cyclists visited the Billboard and voiced their concerns over unsafe cycling conditions in the city. Better, connected cycle tracks were a primary demand of the city to be made cycling friendly.

Deputy Regional Transport Officer Sanjay Sasane said, “Just like Delhi has banned the plying of diesel vehicles older than 10 years, studies can be undertaken to see if similar actions are needed for Pune. It is possible to do it through the court with the help of pressure groups but participation from all stakeholders is important too.”

Suggestion cards on how air pollution can be reduced in tbe city were filled out by visitors. The analysis of these cards brought out interesting results and were also covered well by the media.